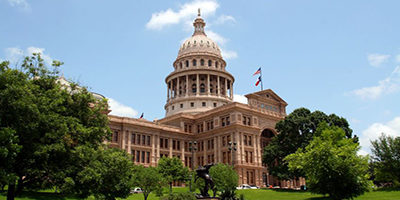 Welcome back to the Capitol! Tomorrow marks the first day of the special session and lawmakers will meet once again to discuss key legislation and address ongoing issues. With subjects like border security, property tax relief, protection against cybersecurity threats, and more, this session is sure to be a most fascinating one. Stay tuned!

This extraordinary session will consider and act on bail reform, election integrity, border security, social-media censorship, and more. It must also pass a budget for the legislature, after Governor Abbott’s line-item veto. With the current budget set to expire on August 31, it’s vital that the budget is passed soon. The line-item veto includes agencies like the Texas Legislative Council (TLC), which is where much legislation is written and political maps are drawn. Without funding for the TLC, it may be a challenge processing and implementing incoming census data for redistricting in the fall, during another special session. In anticipation of the session, House Democrats sent to Speaker Phelan requests that there be full transparency and public hearings on the election bill. They further asked that Speaker Phelan not move anything on the agenda through the House until legislative-branch funding is restored. Speaker Phelan has also created the House Select Committee on Constitutional Rights and Remedies. Representatives Trent Ashby (Chair), Senfronia Thompson (Vice Chair), John Bucy, Travis Clardy, Charlie Geren, Jacey Jetton, Ann Johnson, Stephanie Klick, Brooks Landgraf, J.M. Lozano, Oscar Longoria, Joe Moody, Victoria Neave, Matt Shaheen, James White serve on the committee. The session may last for a maximum of 30 days before Governor Abbott must call another, but it is not yet clear whether or not lawmakers will need the entirety of the time allotted to them. To read the full proclamation from the Office of the Governor, click here.

Another wave of announcements came this past month as the election season picks up pace. Fourteen state executive offices are up for reelection in 2022. They are: Governor, Lieutenant Governor, Attorney General, Comptroller, State Board of Education (7 seats), Agriculture Commissioner, Public Lands Commissioner, and Railroad Commissioner. This year, both Governor Abbott and Lieutenant Governor Dan Patrick are up for re-election. Both have been endorsed by President Donald Trump, and they are elected separately. Former Republican Chair Allen West is throwing his hat in the ring during the Republican primary for Governor. He and previously announced Dallas Businessman and former Texas State Senate member James Huffines will meet up in a three way primary against incumbent Governor Greg Abbott. Representative John Turner of Dallas will not seek reelection, nor will Representative James White. Representative White, however, has announced for Texas Agriculture Commissioner. This week, Senate Finance Chair Jane Nelson announced her retirement. Such a development suggests major changes to the Texas Senate map in the Dallas-Fort Worth area. The district could expand greatly into Collin County, which would add Representative Matt Shaheen into the hat for potential candidate. Representative Jared Patterson stated he is “strongly considering” running for the seat, and Representative Tan Parker hinted at running, also.

Governor Abbott recently announced the Governor’s Task Force on Border and Homeland Security. Its purpose is to analyze and advise on strategies to remedy the crisis at the border. The Task Force will meet bi-weekly and consists of the Office of the Governor, the Office of the Attorney General of Texas, the Texas Department of Public Safety, the Texas Division of Emergency Management, the Texas Military Department, the Texas Parks and Wildlife Department, the Texas Commission on Law Enforcement, and the Texas Commission on Jail Standards. Governors from Arkansas, Florida, Nebraska, Iowa, Arizona, and South Dakota have all committed to sending law enforcement officers to the border. House Speaker Dade Phelan announced interim committee charges related to the Texas-Mexico Border saying, “These interim charges present an opportunity for the Texas House to better understand the impact of the most recent surge in border crossings, examine our state’s preparedness to respond to the ongoing situation at the border, and make recommendations for legislative strategies that will enhance the safety and security of Texas residents and communities. Even with a special session on the horizon, the importance of getting these issues right means that we must begin to work on them immediately. The challenges along our border may be familiar, but they demand continuously innovative solutions on the part of all House members.” The charges ask the House Committees on Appropriations, Corrections, County Affairs, Defense and Veterans’ Affairs, Homeland Security and Public Safety, Human Services, International Relations and Economic Development, Judiciary and Civil Jurisprudence, Juvenile Justice and Family Issues, Public Education, Public Health, and Transportation to review ongoing developments and make recommendations for the use of funds to respond to the Texas-Mexico border crisis.

We’ll soon be in touch about all the special session happenings, election season news, and more.