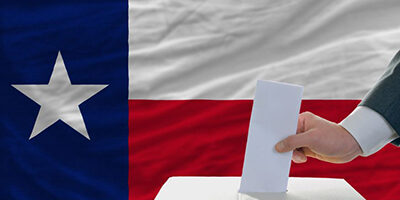 I hope everyone had a happy Halloween!  It’s now November 1st.  After a year full of Primaries, Primary Run-off, and the General Elections in one week – It’s a scary time!

While most in America are focused on the mid-term elections, in Texas it’s Major League time (go Astros!) as our Statewide Elected officials are all up for re-election in Texas vs. Midterms in Congress in a non-Presidential year.

Obviously the most watched race is the Governor’s race, with both current Governor Gregg Abbott and his Democratic Opponent about tied in political contributions.  And the polls have varied depending on the pollsters.  However, most consensus shows Abbott up by at least 7 points and recently gaining even more ground.

Let’s do a quick lookback at the close of voter registration in Texas.  The Democrats were hoping for a huge voter registration drive to help influence their voters in just a week.  But so far, the data does not support that surge.

The number of registered voters has increased to 17.5M voters. That’s an increase of almost 1.5M voters, however the increase in the number of registered voters is unsurprising considering the Texas population increases an average of 800 individuals a day. The real question is: “Are they bringing their politics with them from places like California or New York?”  Texas averages an increase of 12% of new registered voters each cycle. This means that 1.16M people have either moved here or have been born (and able to vote) since the last time the statewide elected officials in Texas were last on the ballot.

Despite talking points and hopes from Democrats, this increase in registrations do not seem to be in reaction to the Dobbs decision (overturning Roe v. Wade), which eliminated a constitutional right to abortion. Since that time there has been 420,897 registrations, which is lower than the same period in 2018 (the last midterm election). There are almost identical increases during that period in the number of women, young voters, and Hispanic voters. Thus, there is no statistical data to defend a surge in voter registrations in response to Dobbs. The economy and boarder security are issues that Texas voters are most concerned about, according to current polling.

Also, according to a recent poll from the Texas Politics Project, voter enthusiasm is very high in Texas. 84% of Democrats are excited and 90% of Republicans are excited to vote this cycle.

OF NOTE:  This is the first time that Texas will not have straight ticket voting. The Governor’s race is at the top of the ticket, so this is an additional consideration to consider if you are looking at the “Crystal Ball” on what the next Legislative Session will entail! With no Presidential race at the top of the ticket, Republicans have realized that Abbott must push turnout and all sectors of the party have coalesced around him. Without straight ticket voting, there is concern that if Abbott does not reach 56% that down ballot Republicans may either not make it over 50% or will not even win with a plurality. Stay tuned!

Confused?  You won’t be after the election.  We will know much more then.  But so far, the “Crystal Ball” is certainly reading well for Texas Republicans at the Statewide level, and if that holds and voters vote the full ticket, it’s good for Republicans in the Texas Senate and Texas House. One thing is for sure, we will have a huge freshman class in the House.

We cannot predict the future.  But we can give you the current politics of this election season.  Which will translate into the next legislative session beginning in January.

If you haven’t voted already, do it!  Early voting (skip the lines) goes until Friday.  Election day is in just a week.  Tuesday, November 8th.

As we like to say here at LLK – if you don’t vote – you can’t complain!

Go vote and we will do our part to keep you posted!