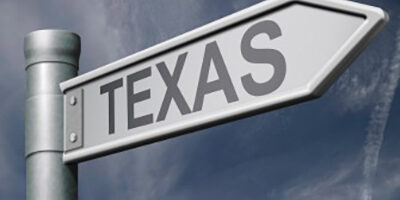 Early voting ended this Friday, May 20th. Election Day is Tuesday!  Please be sure to vote and remind your friends!  If you don’t vote – you can’t complain!  And when it comes to the Texas primary run-offs, these are the elected officials that will be governing our state in 2023!

Here are some “fun facts” on the two parties:

There are seven races in the run-off with a statewide jurisdiction, but the average cumulative in-person and mail-in turnout is just 4% of registered voters.  With few voters, a very select few determine Statewide, and House and Senate outcomes.  And this will affect our dynamics for years to come.

Remember, if you don’t vote, you shouldn’t complain.

Here are the numbered facts:

In the Democratic run-off, there was an average turnout of 1.64%. Of the counties with the 20 highest number of registered voters none had over a 5% voter turnout in the cumulative in-person and mail-in early vote. Overall, only 12 counties had over 5% voter turnout in early voting (Culberson 7.47%, Duval 16.66%, Dimmit 15.66%, Frio 11.95%, Jim Hogg 14.22%, Kenedy 25.89%, Kleberg 3.44%, La Salle 11.96%, Starr 6.23%, Webb 9.64%, Zapata 8.61% and Zavala 5.91%). Likely driven by local races, this could have an impact on run-offs in CD 28 between Rep. Henry Cuellar and Jessica Cisneros and SD 27 between Sara Stapleton-Barrera and Morgan LaMantia. The counties of Duval, Jim Hogg, Starr, Webb, and Zapata all fall into CD 28 and represent 47% of the district’s population and elevated voter-turn in Democratic primaries could impact this race. Conversely in SD 27, the impact will be very slight as Kenedy and Kleberg are the least and the third least populous counties in the district and the six smallest counties do not add up to the population of Hidalgo, the second most populous county in the district.  These are just the South Texas races, where the boarder conflict has more Republicans winning than Democrats for the first time in years.

With such low turnout, and with voter fatigue and confusion about so many elections this Spring, the strategy for candidates is all about turning out your voters. While, many say a run-off is completely different from a primary for that reason, I’ve included information on the primary outcomes for the statewide races below.  Check it out!

Lt. Gov: In the Democratic  primary election, only Collier and Beckley came out on top with Mike Collier winning the most votes with 41.72% and Beckley coming in second with 30.1%. But out of the top 20 counties, Michelle Beckley only won 3 in total votes (Bell, Denton, and El Paso).   In reality, it will be almost impossible for anyone who wins the Democratic primary run-off to beat current incumbent, Republican Lieutenant Governor Dan Patrick.

Atty Gen: In the Republican primary, incumbent Ken Paxton received 42.71% while Land Commissioner George P. Bush came in second with 22.79%. But, out of the top 20 most populous counties, Paxton won all but 1 (George P. Bush won Hidalgo). On the Democratic side, Rochelle Garza placed first in the primary with 42.97% with Joe Jaworski barely beating Lee Merritt for second place with 19.82%. Joe Jaworski won only two counties (Collin and Galveston) out of the top 20 most populous counties, while Garza won 17 counties, many times by more than double her nearest competitor.

Comptroller: In the Democratic primary, Janet Dudding received the most votes with 46.29% with Angel Luis Vega coming in second with 34.53%. Out of the top 20 most populous counties, Vega won 6 counties (Bexar, Cameron, El Paso, Hidalgo, Lubbock, and Nueces), with Dudding winning the remaining counties.  No question, thus far, the current incumbent Republican Glenn Hegar will easily stride into re-election.

General Land Office (GLO): In the Republican primary, Sen. Buckingham received the most votes with 41.92% out of 8 candidates, and second place candidate Tim Westly received just 14.78%.  Out of the top 20 most populous counties, she won all but 2 (Westly won Hidalgo and Spiers won Montgomery). In  Democratic primary, Sandragrace Martinez took first place with 31.8% with Jay Kleberg coming in second with 26.05%. Former Senator and physician Senator Buckingham is expected to win huge.  If she is elected, she will be the only second current female officeholder besides Christi Craddick, the Current Railroad Commissioner to hold a statewide office.

RRC:  Incumbent Republican Commissioner Wayne Christian, received 47.37% of the primary vote, narrowly missing an out-right win. Ms. Sarah Stogner, who will meet him in the run-off, won just 14.96%. Christian won every one of the top 20 most populous counties, making him the only candidate in a statewide run-off election to do so. Keep tabs on this race.  It’s one of the most highly competitive statewide race in the state other than Paxton vs Bush for Attorney General.

Defend Texas Liberty has spent $580,436 (minus any expenditures for Mike Olcott) during the reporting period including$170,708 for David Lowe, $164,509 for Nate Schatzline, $148,019 for Jeff Younger, $13,700 for Ben Bius, $10,000 each for Dawn Buckingham and Wayne Christian, $8,500 for Mark Dorazio, $7,000 for Teri Leo-Wilson, $5,000 to Carrie Isaac, and $1,000 for Patrick McGuinness.  Within those numbers,  they have done in-kind expenditures covering TV/Radio ads, mailers, blockwalkers, and polling in addition to cash donations.  Defend Texas Liberty also made contributions totaling $42,000 to Conservative Republicans of Texas, presumably for endorsements and inclusion of DTL candidates on CRT’s slate mailers.

The Speaker has focused his expenditures on races where he is defending his chairs and where the opponent would change the tenor of the House, growing the number of members who might call for a new Speaker or as an alternative would call for prohibiting Democratic Chairs and other changes to the constitution and House Rules to make the Texas House function more like Congress. No one wants Texas to become Congress!

All of the Best!  Lara