Hot in the city 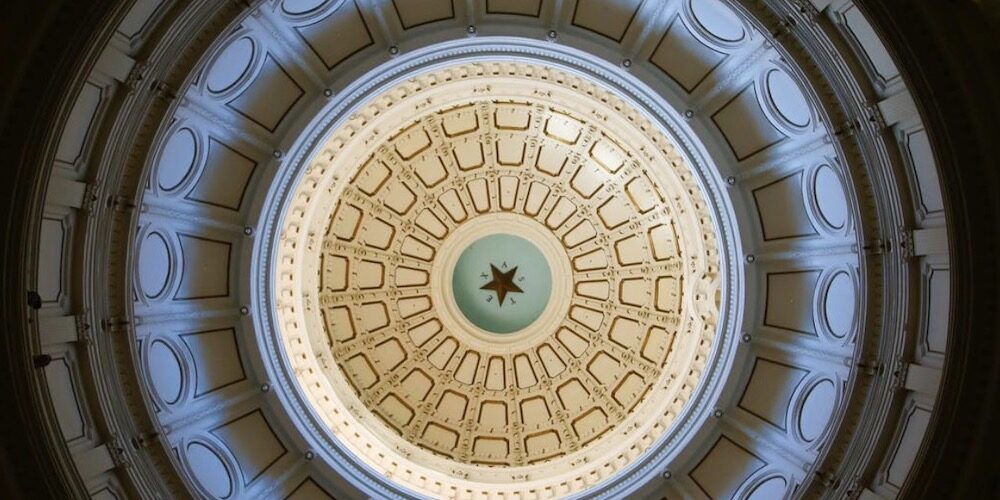 There’s just one week left in the Texas 87th Legislative Special Session. Despite D.C. Democrats staying put, Texas had no shortage of excitement – legislators filed in response to the Governor’s line-item veto, the Longhorns and Sooners announced their departure from the Big 12, and election season gained momentum with key endorsements. Stay tuned!

Taking a big step this week to address Governor Abbott’s line-item veto of Article X of the budget, Senator Seliger filed SJR 8 to do away with the measure entirely. The Joint Resolution proposes a constitutional amendment to remove the governor’s line-item veto authority. If passed by the legislature, the proposed constitutional amendment will be submitted to the voters for final approval at a November 2, 2021 election. The Texas Supreme Court has been asked to further consider a memorandum from Chair Metcalf, linked here, in hopes of quickening a decision on the veto. Chair Metcalf’s memorandum details the consequences should Article X funding not be restored by the end of August. In short, the House will not have the authority or resources to pay for employee and staff salaries, contracts, and leases. The Senate, Legislative Budget Board, Legislative Council, Commission on Uniform State Laws, Sunset Advisory Commission, State Auditor, and the Legislative Reference Library are also affected by the veto. Texas Democrats remain in Washington, D.C., where they have hunkered down the past few weeks. After Representative Cortez’s departure back to the nation’s capital, Speaker Phelan signed the first civil arrest warrant of the session. Governor Abbott has announced that he will certainly call a second special session at the expiration of the first. It is clear that redistricting must also occur after the last day of this first special session, because key data needed for map-drawing has not yet been released.

The Texas Longhorns and Oklahoma Sooners officially announced their separation from the Big 12 Conference on Monday. Though honoring their current grant of media rights through 2025, the two teams will not be renewing them through the next five years. Instead, the Red River Rivals seek an invitation to the Southeastern Conference, which is home to the Alabama Crimson Tide, Auburn Tigers, and others. Eleven of the fourteen schools in the conference must approve their memberships. For the Longhorns, the decision comes from members on the governor-appointed UT system board. In response to the announcement, Lieutenant Governor Dan Patrick created a new Select Committee on the Future of College Sports in Texas, chaired by Senator Nelson. Senator Creighton serves as vice-chair, and Senators Birdwell, Hinojosa, Hughes, Kolkhorst, Perry, Powell, Springer, Taylor, and Whitmire also serve on the select committee. SB 76 (HB 298, identical) purports to grant the Texas legislature the authority to approve or deny collegiate athletic conference membership. Although the teams won’t officially move conferences until the summer of 2025, Texas is already weighing the repercussions to college sports that may come as a result.

Attorney General Ken Paxton officially earned former President Donald Trump’s endorsement in his bid for re-election as Texas’ Attorney General. Trump announced, “Ken has my Complete and Total Endorsement for another term as Attorney General of Texas. He is a true Texan who will keep Texas safe–and will never let you down!” Paxton runs against George P. Bush and Eva Guzman for the seat. Tangentially, Representative Jake Ellzey beat Susan Wright in a race for Congressional House District 6. The race initially began with 23 candidates and finally concluded Tuesday. Expect more announcements as we get closer to the filing deadline.

In the final week of this special session, we anticipate the announcement for a second special session to begin soon after. We’ll keep you posted on all the latest happenings from the Texas 87th Special.