Will the Third Special Session Be the Charm? 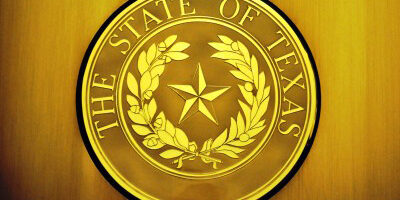 As we enter the last two days of the third called special session, the members have been working all weekend into the wee morning hours of the morning.  It appears the two Houses are coming into agreement on “must pass” items.  I think it’s safe to say that everyone is ready to go home to their families, their jobs, and their districts.  Once there, they will also need to upstart their campaigns for re-election, just as soon we are done. (That is if they are running again…  more on that later…)

The question of a fourth called special session will be easier to answer by midnight on Tuesday night. Stay Tuned!

The Must Pass Bills

Texas Senate and House Redistricting Maps are DONE!   Congressional maps are still pending changes between the House and Senate.  Covid Funding from the Feds (roughly $16 billion) was completed and now awaits conference committee action in order to “iron out” the difference in each house’s version. These were the “must do’ items for a fall Session. Other items like property tax reform are in conference committee as well.

Vaccination legislation– has resulted in a disagreement between Republicans and business groups on vaccination requirements for employers. It really heated up this past week with SB 51. Today the Texas Senate is set to take it up on the Senate Floor. Business groups have come out strongly against a ban on vaccine requirements for Employers. Business sees the issue as an intrusion into the liberty of employers to operate their business as they see fit. Those in favor of the legislation see it as an intrusion into the liberty of individuals they are trying to protect. And potential lawsuits on business hang in the air during this debate as well … Much more to follow on this!

As the political season is set to begin – below is a comprehensive list of lawmakers coming and going in the next season – with likely more to follow.

Not Returning to the Texas House

Seeking Reelection to the Texas House

Not Returning to the Texas Senate

Seeking Reelection to the Texas Senate

With a big voting date just around the corner, take a minute to refresh your memory on some key constitutional amendments our lawmakers passed this year that need your vote. Voting day is November 2, 2021!

Proposition 2 (HJR 99): The constitutional amendment authorizing a county to finance the development or redevelopment of transportation or infrastructure in unproductive, underdeveloped, or blighted areas in the county.

Proposition 3 (SJR 27): The constitutional amendment to prohibit this state or a political subdivision of this state from prohibiting or limiting religious services of religious organizations.

Proposition 4 (SJR 47): The constitutional amendment changing the eligibility requirements for a justice of the supreme court, a judge of the court of criminal appeals, a justice of a court of appeals, and a district judge.

Proposition 5 (HJR 165): The constitutional amendment providing additional powers to the State Commission on Judicial Conduct with respect to candidates for judicial office.

Proposition 6 (SJR 19): The constitutional amendment establishing a right for residents of certain facilities to designate an essential caregiver for in-person visitation.

Proposition 7 (HJR 125): The constitutional amendment to allow the surviving spouse of a person who is disabled to receive a limitation on the school district ad valorem taxes on the spouse’s residence homestead if the spouse is 55 years of age or older at the time of the person’s death.

Proposition 8 (SJR 35): The constitutional amendment authorizing the legislature to provide for an exemption from ad valorem taxation of all or part of the market value of the residence homestead of the surviving spouse of a member of the armed services of the United States who is killed or fatally injured in the line of duty.