Welcome to April of the 87th Legislative Session! 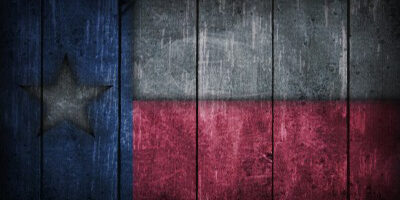 Today leaves 59 days in the Texas 87th legislative session. Both chambers were bustling as an increasing number of bills made their ways out of committees and to the floor for final readings and votes. The House adjourned Thursday, April 1, and will reconvene Tuesday, April 6. The Senate adjourned Wednesday, March 31, and will reconvene Tuesday, April 6 in observance of the holiday weekend. The Senate adjourned after passing SB 7, the big election reform bill, along party lines just after 2 AM in the morning. Certainly, with all House bills and House Joint Resolutions referred to committees, the coming weeks will leave the House and Senate in a rush for the finish line.

Powering Through the Power Crisis

On Wednesday, the Texas House passed six electricity reform bills. They were HB 10, HB 11, HB 12, HB 13, HB 16, and HB 17. Together, these bills relate to the governance of the Public Utility Commission of Texas, the Office of Public Utility Counsel, and an independent organization certified to manage a power region; to the preparedness for extreme weather emergencies of facilities that provide electricity service; to a study on a statewide disaster alert system; to the establishment of the Texas Energy Disaster Reliability Council; to the sale of wholesale indexed products by retail electric providers; and to a restriction on the regulation of utility services and infrastructure based on the energy source to be used or delivered. Both the House and Senate have moved forward on measures requiring the weatherization of power generators and infrastructure for extreme weather conditions, and the Senate passed bill 2154 to expand the board of the Public Utility Commission. The Senate delivered to the House SB 3, a comprehensive measure for preparing for, preventing, and responding to weather emergencies and power outages. As warmer weather sweeps across the state, the Electric Reliability Council of Texas anticipates no issue meeting summer demand. Stay cool!

Update on the Census

Updates on the Census are highly anticipated after delays from the Covid-19 pandemic. Currently, census data is expected mid-to-late August. At that point, redistricting can begin, likely in a September Special Session. However, because of such a delay, there is legislation filed to push back the Texas 2022 primaries a few months – to no later than July 1, 2022. HB 1848 says that by written agreement, Governor Abbott, Lieutenant Governor Patrick, and Speaker Phelan may postpone the general primary election if a redistricting plan is not in effect on or before September 1, 2021.

Senate Bill 1 – The State Budget Bill – was voted favorably from the Senate Finance Committee as substituted on Tuesday. It’s important to note that the budget bill on the Senate side is rarely amended, if ever, on the floor. It was placed on the Senate Intent Calendar on Wednesday and will likely be heard Tuesday, April 6. The bill reflects $250.7 billion in all funds, which includes a 2.6% increase in General Revenue. The House has also published its decision documents on all articles of the budget, which is linked for you below. The General Appropriations Bill, HB 1, remains in committee. It’s the Senate Bill that gets to go first this year.

The Covid-19 vaccination effort continues to deliver relief across the state. Just last weekend, the vaccine site at the Circuit of the Americas delivered 11,000 doses. The site is supported by volunteers who help keep operating costs low. Texas will receive more than 1 million doses next week, and 1 in 6 Texans over the age of 16 are fully vaccinated. Nearly 2 in 3 Texas seniors are also vaccinated. Pfizer is shipping its doses ahead of schedule, and Moderna may soon earn approval to deliver vials with up to 15 doses, instead of the current 10 doses. An estimated 2.6 million Texans have recovered from the virus over the course of the pandemic. On Monday, the House Administration Committee upheld the chamber’s mask requirement and other standards adopted in January. Testimony by two medical experts was considered before the decision was confirmed, and the Covid-19 safety procedures will remain in place for the security of the lawmakers and members of the public at the Texas Capitol.

There are eight weeks left in the regular session. Preferably, a House bill should be voted out of committee by Monday, April 19, to ensure ample time for passage. Realistically, a bill should be out of committee by Thursday, April 29, to make it to the floor on time. However, a bill could be voted out of committee as late as Friday, May 7, and still be reported to the Calendars Committee in time to be scheduled for a vote on the general calendar. April 15 marks the first day that a senator may place up to five bills or resolutions on the Senate Notice of Intent Calendar. This means long days on the floor and late nights in Committee hearings for the next several weeks.

This website provides a comprehensive overview of important dates and deadlines this session.