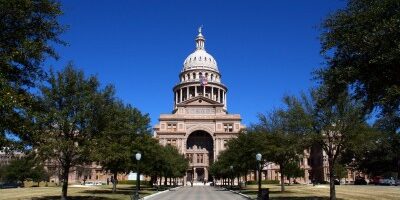 Two things of importance are happening at once in Texas!

First, the Primary Run-off’s in Texas are underway. With 22 House and 2 Senate races up for grabs, those campaigns are in full swing. The Run-off election will be held in just a month on Tuesday, May 24th. With many races in Texas decided during the primaries, these races are key on who will be in Austin next January!

One current is the race to replace Senator Beverly Powell (D-Fort Worth). With redistricting, she filed for re-election. However, with no action from the courts, she has now withdrawn. This makes current State Representative Republican Phil King, the likely Senator for SD 10 in the upcoming Legislative Session in 2023. This will be a power change from a current Democratic seat to a Republican seat in the Texas Senate.

Secondly, both the House and Senate Interim studies are underway, with Committees starting to meet to discuss the issues they hope to address during the next legislative Session. We will have more on those in this newsletter below. But as a primer, check out this story from the Texas Tribune that tells you how important these studies and meetings are for success during the coming Texas Legislative Session. It’s a bit of what I’ve told you all, but a quick read that puts it all into perspective! Entitled “The Texas Legislature’s 2023 session has already started” you can read it here: https://www.texastribune.org/2022/04/06/texas-legislature-2023/

As promised – Interim Committee Hearings are underway. See the below list of hearings taking place soon! 8 in the House coming up; 9 in the Senate. And more to be announced. The below shows all hearings, as well as the agendas, scheduled so far:

Team LLK will keep ya’ll posted on your specific interests as these hearings occur.

This is the latest as we go to press on Sunday Evening… Much more to come soon!

All of the Best! Lara