Texas Lege News: Things are ramping up at the Capitol 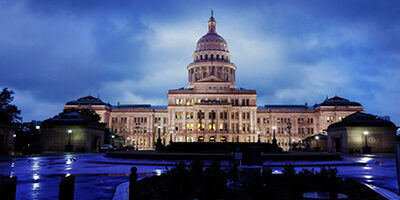 Things are ramping up at the Capitol. The Governor gives his State of the State February 1 at 7 p.m., carried live on Nexstar broadcasting stations, over 2,000 bills have been filed, and House committee assignments loom over the horizon.

The Senate has begun Redistricting hearings with different regional focuses each day. Here is a schedule. Witnesses are encouraged to register and bear testimony. Census Bureau official Kathleen Styles announced that census numbers for the US House and Electoral College are expected to be released April 30, although some regionally specific data collection might lag behind that. The earlier-than-anticipated release date suggests that Redistricting could be completed during the regular session minimizing the need to go into a special summer session.

We’ve got plenty of good news about Covid-19. Most notably, statewide hospitalizations are down approximately 9.6% over the past two weeks, aided by Texas’ increase in vaccination hubs. By Thursday, Texas might see the Texas National Guard distributing Covid-19 vaccines at mobile vaccination clinics in rural areas around the state. About 230 of the state’s 254 counties have distributed vaccines, and the Department of State Health Services reports over 1.37 million individuals have received the first dose of the vaccine. As vaccine production increases, expect a 16% boost in vaccines over the coming weeks. The Austin area anticipates its fourth round of 12,000 doses this week. The state expects 332,750 first doses from the federal government this week. Across the country, the Department of Health and Human Services will increase allocations to states to a minimum of 10 million doses weekly. Lastly, Texas has an estimated 1.845 million recovered Covid-19 patients, or close to a 92.8% recovery rate.

To wrap up, the legislature has adjourned until February 9th, and we anticipate that House Committees will be announced shortly thereafter. At that point, we’ll certainly have a better landscape as to who is where.