Lets ALL Hope for a Great Week! 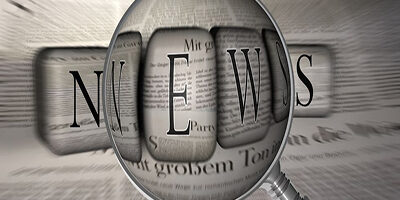 On Friday, the House finally got a quorum to conduct their business and set Committee hearings for this week!  When you think things can’t get stranger during the Texas 87th Second Special, they do.  Sadly, the Governor got Covid, as did two other House members, bringing the total to 8. Stay safe, pray, do your rain dance, or light your candles for success! Whatever mechanism you choose for good wishes!  After being in Session since January during a pandemic, any well wishes are appreciated! All the need-to-know is below.

The Texas House was without a quorum as the Second Special Session for the Texas 87th wraps up its second week. Until Friday that is….  Redistricting will soon commence on September 1, announced Chairman Hunter, after the state received its critical Census data. Overarching trends reveal significant growth in the Houston, DFW, and Central Texas areas, while others experienced contractions in population. It’s likely another special session will be called to complete the process. Unless we get a miracle!

Covid-19 continues to ravage the state as ICUs reach capacity, hospitalization numbers break records for many areas, and the virus reaches into the Governor’s Mansion. Governor Abbott tested positive for the virus on Tuesday after attending a crowded event sans mask, though he showed no symptoms and promptly began Regeneron’s monoclonal antibody treatment. Representative Allison has also tested positive for Covid-19. His office confirmed he expects to return to the House floor next week. The Texas Supreme Court may have preliminarily ruled in favor of Governor Abbott’s ban on mask mandates, but amid growing concerns for vulnerable children returning to school, many school districts and public offices have reinstated requirements for facial coverings. Governor Abbott joins Governors DeSantis and Ducey in threatening to withhold funding from or take other action against districts who keep those protective measures in place for their students. President Biden has ordered Education Secretary Miguel Cordona to “take additional steps to protect our children.” The President continued, “This includes using all of his oversight authorities and legal action if appropriate against governors who are trying to block and intimidate local schools officials and educators.” Texas has averaged more than 14,000 new daily cases as of Monday. The Governor’s mask mandate ban remains in place, although being challenged by local governments and local school districts.  He does encourage unvaccinated Texans to receive their inoculations. Keep an ear out for updates on booster shots. Should be coming today! Stay safe.

August 31 is the special election date to fill state House District 10, vacated after Jake Ellzey was elected to the congressional seat for House District 6. State Rep. John Wray has announced his intention to run. Early voting begins Monday, August 23. State Rep. Tan Parker is running for the 12th Senate District seat, soon to be vacated by Chair Nelson, who will not seek reelection. Others are looking at filing as well…  once Redistricting starts and primary dates become clear.

There are eight proposed amendments to the Texas Constitution requiring Texans’ vote this fall. They are:

Proposition 2 (HJR 99): The constitutional amendment authorizing a county to finance the development or redevelopment of transportation or infrastructure in unproductive, underdeveloped, or blighted areas in the county.

Proposition 3 (SJR 27): The constitutional amendment to prohibit this state or a political subdivision of this state from prohibiting or limiting religious services of religious organizations.

Proposition 4 (SJR 47): The constitutional amendment changing the eligibility requirements for a justice of the supreme court, a judge of the court of criminal appeals, a justice of a court of appeals, and a district judge.

Proposition 5 (HJR 165): The constitutional amendment providing additional powers to the State Commission on Judicial Conduct with respect to candidates for judicial office.

Proposition 6 (SJR 19): The constitutional amendment establishing a right for residents of certain facilities to designate an essential caregiver for in-person visitation.

Proposition 7 (HJR 125): The constitutional amendment to allow the surviving spouse of a person who is disabled to receive a limitation on the school district ad valorem taxes on the spouse’s residence homestead if the spouse is 55 years of age or older at the time of the person’s death.

Proposition 8 (SJR 35): The constitutional amendment authorizing the legislature to provide for an exemption from ad valorem taxation of all or part of the market value of the residence homestead of the surviving spouse of a member of the armed services of the United States who is killed or fatally injured in the line of duty.

With one half down and one half to go for the second special session, there’s no doubt we’ve got more news coming. Stay safe out there – and stay tuned!  This week could have a lot more!

You all know how to find me!  Until next time…