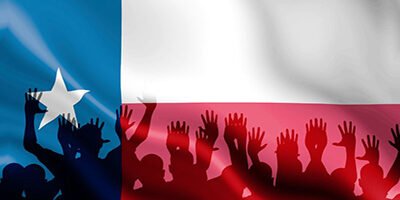 It’s officially October – and short of a few small breaks the Texas Legislature is still going since their regular session January start.  Members are tired, families fed-up with spouses not at home, and their employers want to know when they are coming back to work.  Texas was meant to be a “part time legislature”.  All bets are off there.  This is resulting in multiple retirements being announced (we will cover that later in this post…)

That being said, the third special session wraps up its second week with big progress on many fronts. The House and Senate have published their first rounds of redistricting maps, there is major discussion on the distribution of federal funds, and a flurry of announcements about the upcoming primaries are keeping us all on our toes! Take a look at the Special Session 3.0 spotlight topics below.

Certainly, the big spotlights of this third special session are on redistricting and fund distributions. But it’s important to keep track of what else is moving through the chambers. The Senate passed SB 1, which provides for a temporary reduction in the tax rates of a school district. In short, this means that the measure guarantees $2 billion in property tax relief with room for more if surplus revenues grow. A number of other bills are filed and referred to their respective committees. Be on the lookout for more updates from the Texas 87th third special session.  And remember, the Governor is the only person that can add more issues to “the call” for the lege to consider at any time he wants to.

The Texas Legislature’s third special session continues to focus on its big five tasks for the month. Most notably, lawmakers have released preliminary maps for redistricting. Check them all out here!

The congressional district map will be the first that does not require federal approval since the preclearance requirement of the Voting Rights Act of 1965 was changed. This change came after review by the Supreme Court in 2013. Because the U.S. Census occurs every 10 years, this is the first round of map-making since then. Texas gained two congressional seats, bringing its total to 38 in the U.S. House of Representatives. The two new districts are tentatively in Austin and Houston, each one favoring a different political party, with the potential to affect hundreds of thousands of voters. Each district must have approximately the same number of constituents and share common interests, among other factors. In Texas, just 11 counties account for two-thirds of the state’s population increase. As for the Texas House and Senate maps that are being draw, they will determine the make of the Texas House and Senate for years to come.  It’s a sensitive item for the members of the Legislature, and become a central focus in their ability to survive.  This will dominate the current special.  It always does.  It will also determine what parties will dominate the make up of each body. It can be war internally.  Us smart lobbyists stay away…  but it can still affect what overall goes on under the dome.

Distribution of Funds for Covid Federal Funds – Follow the Dollar$

Texas has approximately $16 billion in federal Covid-19 relief funds to distribute, and the task is upon the Texas Legislature to do so. Preliminary sample polls show that, out of a representative pool, over 80% of Texans support using $3 billion to improve access to water and cleanliness, $3 billion to upgrade and secure the state’s electrical grid and power generation, and $2 billion to support the expansion of broadband infrastructure and disaster response. Over 60% of Texans support spending $1 billion on cybersecurity, $1 billion on flood prevention, and $1 billion on new state parks. Over 50% support the use of $7 billion to replenish the unemployment trust fund. We look forward to seeing where it all goes!  But Texas is likely to do one-time funding items only in order to not have to maintain forward spending on the “free federal Monday”.  Texans know there is “no free lunch”.  And we are still awaiting federal guidelines for Covid Healthcare money and how that can be used….

The Texas Secretary of State’s office announced a full review of the 2020 general election in Collin, Dallas, Harris, and Tarrant counties. The announcement comes shortly after the conclusion of Arizona’s own review of nearly 2.1 million votes. It cost Arizona nearly $6 million and found no evidence of fraud. In Wisconsin, a retired state Supreme Court judge is leading an ordered investigation into the 2020 election results, as well. Pennsylvania’s Attorney General sued to block a GOP-issued subpoena for election materials. In our own state, the Texas Secretary of State’s office released guidelines for its own review. The two phases are below, as distributed by the office:

This has been a divisive issue along party lines.  And may about to get more attention.  The Democrats have finally returned from breaking quorums…  and we have a new call from the Governor to increase penalties from the election reform bill finally passed after a regular and two special sessions….  Stay tuned on this.

This week, Brian Harrison beat former Rep. John Wray for the House District 10 seat. A wave of other announcements have been made, too. Matthew Dowd, former ABC commentator and political strategist, seeks to challenge incumbent Lieutenant Governor Dan Patrick. State Rep. Jim Murphy is not seeking reelection in District 133 when his current term ends in 2023. Both Chair Paddie and Chair Murphy are not seeking reelection, and Rep. Celia Israel will not, either. Rep. Phil King announced his plan to run for the proposed Senate District 10 seat. Rep. Tan Parker announced for Chair Nelson’s former seat in state Senate District 12. Former Senator Pete Flores plans to run for the proposed Senate District 24 seat. There will be quite a number of changes to the legislature come next fall!  And rumors of more retirements to come in future days.  Regardless, after redistricting and retirements, there is expected to be a lot of change to the legislative membership next regular session.