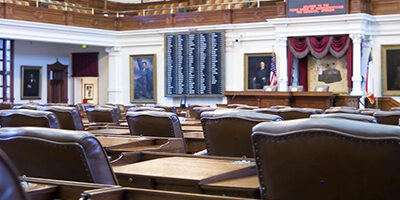 The election season has already begun! The regular session may be over, but certainly our journey continues. There are rumblings of a special session or two, and a number of announcements precede upcoming primaries. We’ve got June’s headlines here to keep you in the know – stay cool!

Governor Abbott has suggested that he will call two special sessions this year. Note that the Governor can only call Special Sessions to convene, and he solely gets to determine what is “in the call” (i.e. what issues can be discussed).  The first will likely continue efforts to pass a sweeping elections reform bill and legislation to overhaul the bail system. Other items may also be placed on the agenda for the first special session, and the governor expects to detail that and its date by the end of June. He has articulated that he will “give [lawmakers] the opportunity to reinstate” Article 10 of the state budget. That comes after Governor Abbott threatened to veto pay for Texas lawmakers after the election integrity bill, a high-priority item for the session, failed in the House. Because the article also includes salaries for staff and key agencies, the governor “will add that issue back on the table during the special session so they will have the opportunity to reinstate all of the funding.” The second session must come after the distribution of important census data for redistricting. Expected in the fall, the later session will also address the distribution of federal Covid-19 relief money. There’s plenty of work to look forward to!

On Tuesday, Governor Abbott signed into law the Texas Legislature’s response to February’s winter storm. He proclaimed that “everything that needed to be done was done.” The two bills signed will address the state’s electricity grid and its leadership and management. SB 3, the omnibus electricity bill passed by both Houses of the Legislature, is a comprehensive measure reforming electricity generation and the natural gas distribution system. SB 2, effective immediately, acts to restructure the oversight and governance of the Public Utility Commission of Texas, the Office of Public Utility Counsel, and an independent organization certified to manage a power region. As promised, lawmakers took action to ensure that Texas never again sees a crisis quite like February’s storm. Stay tuned on this topic!

With the end of one political season, another one begins. Everyone is gearing up for the next round of elections here in Texas. Fourteen state executive offices are up for reelection in 2022. They are: Governor, Lieutenant Governor, Attorney General, Comptroller, State Board of Education (7 seats), Agriculture Commissioner, Public Lands Commissioner, and Railroad Commissioner. This year, both Governor Abbott and Lieutenant Governor Dan Patrick are up for re-election. Both have been endorsed by President Donald Trump, and they are elected separately. The lieutenant governor formally announced on Thursday and looks forward to “keeping Texas red.” In preparation, Senator Buckingham has formally announced for Texas Land Commissioner, and she starts off with strong finances and statewide endorsements. Senator Buckingham said she will run on various values, some of which were big topics this past legislative session, including keeping taxes low and protecting Texas’ oil and gas industry. Former Austin city councilwoman and House staffer. Ellen Troxclair has announced for Senator Buckingham’s seat. Texas Supreme Court Justice Eva Guzman also resigned from the bench this week. An alumna of the University of Houston and the South Texas College of Law, she won her first full term on the Texas Supreme Court in 2010. Effective Friday, her resignation fuels speculation that she might enter the race for Attorney General in the fall. Texas Land Commissioner George P. Bush has announced his bid for Attorney General also and is hoping to receive President Trump’s endorsement in the coming days. He challenges incumbent Attorney General Ken Paxton in the primary. Paxton has been a dear friend to Trump and they have often been on the same page…  so watch for this developing story.

Although the legislature has adjourned Sine Die, bills still have quite some time left on their paths to become laws. Governor Abbott has until June 20 to announce vetoes. If he has not signed or vetoed a bill, it becomes law without his signature. As of this week, the governor has vetoed just one bill and has signed about 500 into law. A total of 1174 bills were sent to Governor Abbott this year, out of approximately 7,000 filed. Because the budget may be revisited during a special session, SB 1 has not yet been signed. A final budget must be approved by September 1, because the current one expires on the last day of August.

At the beginning of the month, Governor Abbott issued a disaster declaration in response to the border crisis. The governor is working with the Texas Department of Public Safety, Texas Health and Human Services, the Texas Commission on Jail Standards, and the Texas Commission on Law Enforcement to address the issue and mobilize state and local resources. Governor Abbott stated, “Texas continues to step up to confront the border crisis in the federal government’s absence, but more must be done. By declaring a state of disaster in these counties, Texas will have more resources and strategies at our disposal to protect landowners and enforce all federal and state laws to combat criminal activities stemming from the border crisis. Working together with local law enforcement, the state will continue to take robust and meaningful action to keep our communities safe.”

As summer heats up, so too does Texas politics. We’ll be in touch soon with all the latest happenings from across this great state.